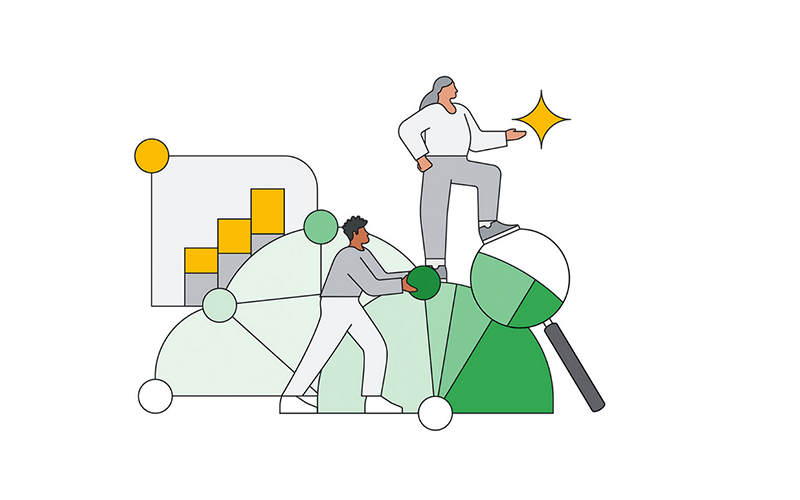 In April, Google announced the private preview of our integration between Looker and Looker Studio (previously known as Data Studio). At Next in October, to further unify our business intelligence under the Looker umbrella, we announced that Data Studio has been renamed Looker Studio. The products are now both part of the Looker family with Looker Studio remaining free of charge. At Next we also announce that the integration between these two products is now available in public preview with additional functionality. 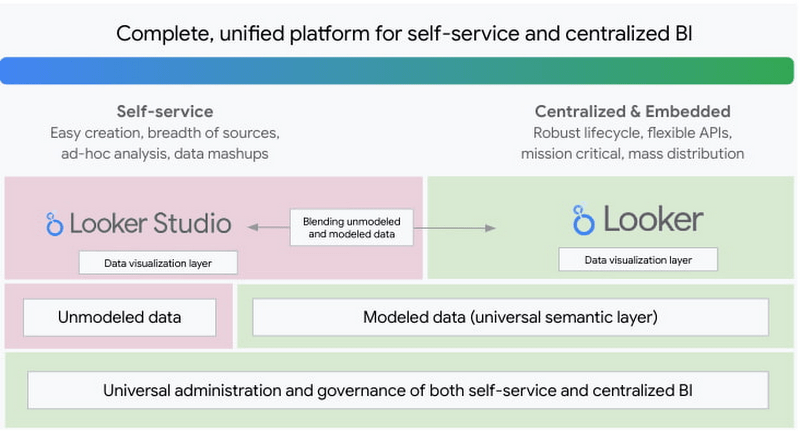 How does the integration work?

Customers using the Looker connector will have access to governed data from Looker within Looker Studio. The Looker connector for Looker Studio makes both self-serve and governed BI available to users in the same tool/environment. When connecting to Looker, Looker Studio customers are able to leverage its semantic data model, which enables complex data to be simplified for end users with a curated catalog of business data, pre-defined business metrics, and built-in transformations. This helps users make calculations and business logic consistent within a central model and promotes a single source of truth for their organization.

Access to Looker-modeled data within Looker Studio reports allows people to use the same tool to create reports that rely on both ad-hoc and governed data. They can use LookML to create Looker data models by centrally defining and managing business rules and definitions in one Gitversion-controlled data model..

We are excited that we are now able to offer this preview to a broader reach of customers, many of whom have already asked for access to the Looker connector for Looker Studio. Additionally, with this Public Preview, additional capabilities have been added to more fully represent the Looker model in Looker Studio:

Specifically, for this public preview, we’ve implemented enhanced restrictions on Looker data sources in Looker Studio, so admins can rest easy about testing out the functionality:

This integration encompasses the connector along with changes made to both Looker Studio and Looker to represent the Looker model and extend Looker governance in Looker Studio. There is much more to come as we continue our efforts to bring together a complete, unified platform balancing self-service and governed BI. We’re planning to continue adding functionality in Looker Studio to fully represent the Looker model, and want to ensure Looker admins have insight into API activity coming from Looker Studio - similar to the way they might use System Activity in Looker today. In extending governance, we want to expand the circle of trust from Looker to Looker Studio, and we’ll be looking for customers to help us plan the best way forward.

This integration is compatible with Google Cloud hosted instances with Looker version 22.16 or higher. To get access, an admin of a Looker instance can submit the sign-up form providing an instance URL and specifying which organizational domain to enable. For more information on how to get started go to the Looker Studio Help Center..

If your business is interested in the Google Cloud Platform then you can connect to Gimasys - Google Premier Partner - for consulting solutions according to the unique needs of your business. Contact now:

Featured Posts
Back To Top