Why you’d use it

How does it start?

When the Apps Script project is created, the GCP project is also created and associated with it. This GCP project controls a wide range of configurations and settings, including API access, G Suite Marketplace API configuration for publishing add-ons, access to Stackdriver logs, etc.

This means that they will be governed by your organization's policies, giving you centralized and programmatic control over your organization's cloud resources. Policies that can be managed here include the ability to restrict allowed domains included in ACL projects for the Cloud, specifying restricted APIs that Cloud projects can access, and blocking GCP project creates new GCE instances. 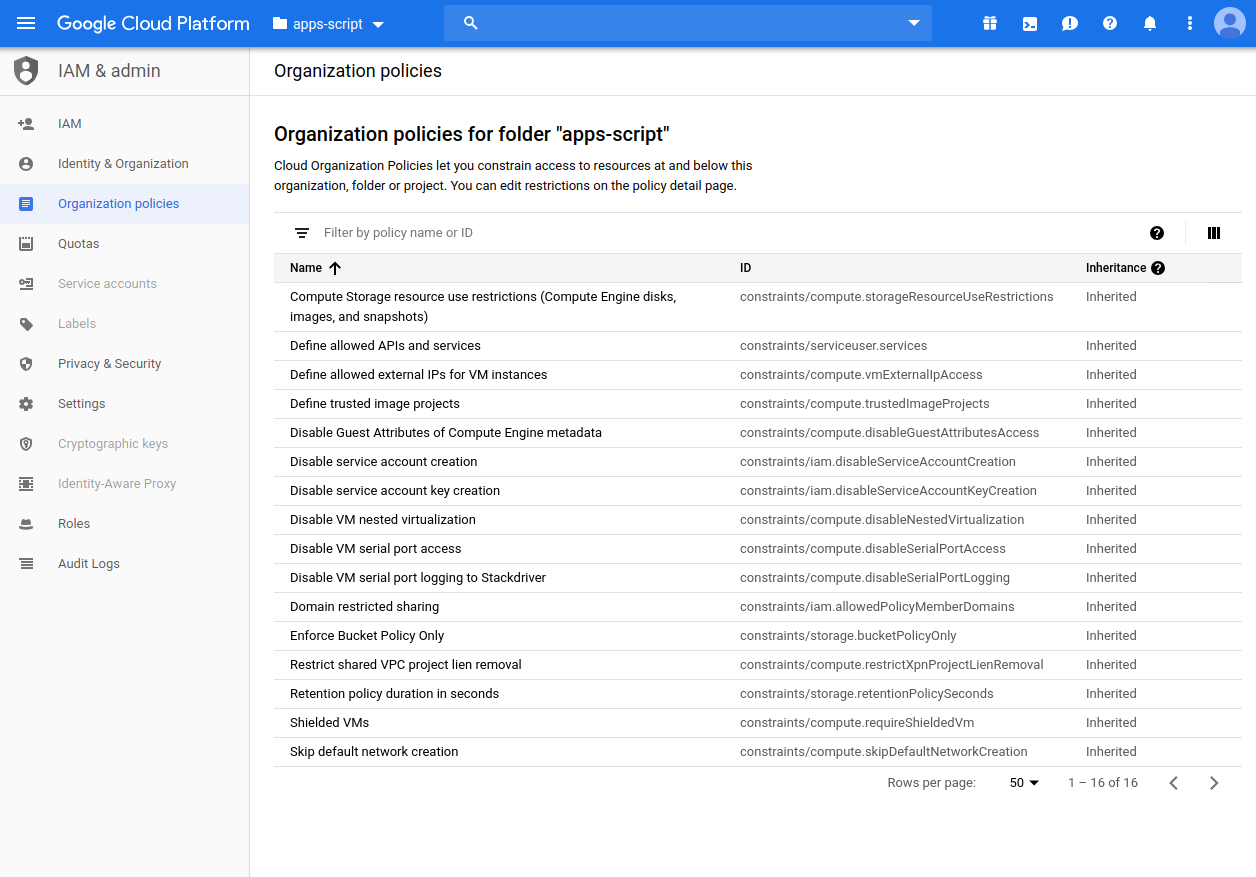