Launched with early adopter (small group of users sign up for early beta), Drive File Stream is a desktop software application that allows you to quickly access all your documents, directly from your computer. friend. This means you won't have to use your hard drive for storage, and you'll spend less time waiting for these documents to sync.

1. Where is Drive File Stream located?

Note that these settings will go live on Tuesday, September 26, when the Drive File Stream software is officially released. 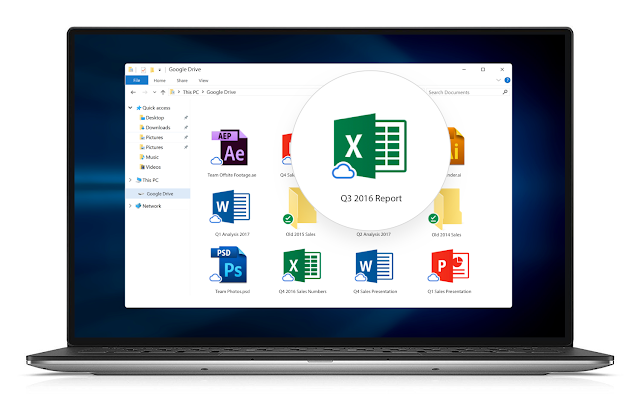 For now, Drive File Stream will be enabled for all users, but Google will only show the download link in the Drive interface if you currently show it in Backup and Sync/ Google Drive for Mac/ PC.

In this release, Google Drive for Mac / PC will be officially "paused", starting from 11/12/2017 it will no longer be supported and until 12/3/2018 will be "death". Google encourages you to use Drive File Stream. You can upgrade to a new version of Drive for Mac/PC called Backup and Sync as an alternative or complement to Drive File Stream.

To enter Help Center where you can find more information about Drive File Stream, including:

Say goodbye to time-consuming and memory-intensive document synchronization. With Drive File Stream, all your documents are always ready.

3. Details of this launch:

G Suite versions: All versions of G Suite can use this function.

Impact: To both administrators and end users

Featured Posts
Back To Top